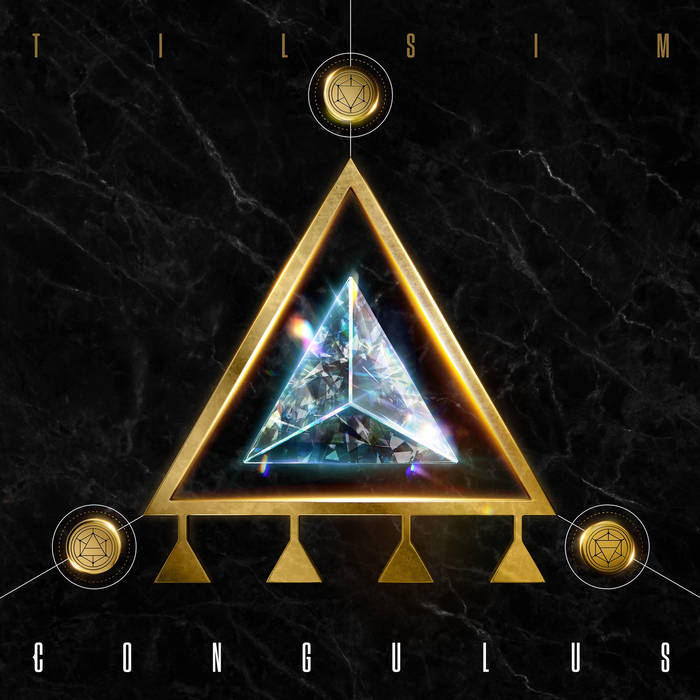 After their excellent debut, here's a new EP to shorten the wait for a new album. The four tracks are deeper than on the debut album. To ensure an excellent sound quality the EP is pressed on 45rpm.

'Tilsim' is the light that guides us in our most desperate moments, the gem that shines within us despite the darkness, the guide in the journey to the most remote places, the place where reality and imagination meet, the new stop of Congulus in their inner journey.

This EP is dedicated to the memory of musicians who had to end their lives in the pandemic, and everyone who has fought for science, art, philosophy and humanity throughout history.

The psychedelic rock trio named after Anatolian folk stories was founded in 2016 in Istanbul by Cihan Önder on guitars and synthesizer, Emre Açıkgöz on bass guitar and Tayfun Gür on drums. Bringing Anatolian motifs together with psychedelic elements, the band enjoys multiple partition compositions, extensive drones and fluid riffs taking the listener on an eclectic journey. The band’s stage performances invite the audience to a dynamic atmosphere with experimental multi-layered themes, live loops and hypnotic visuals. Congulus released an eight-track demo titled 'Kış Ayının Kabusu' and an online video series 'Demirci Sessions' in 2017. The band released its debut album 'Bozkır' in 2019 and signed with Nasoni Records Berlin to release 'Bozkır' as DLP with two bonus tracks. The band released two digital singles, 'Meteoroid' in 2019 and 'Karakura' in 2020. The current lineup was formed with Fatih Can Oklay joining the band as bass player.